The Hospital for Sick Children (SickKids) with CentraXX in Live Operation

Since April 1, 2017 CentraXX has been in live operation at the central biobank of “SickKids” in Toronto, Canada. With this KAIROS GmbH has already taken the first major step into the North American market. In Toronto, CentraXX, the biobanking and study management solution of KAIROS GmbH (Berlin/Bochum/Los Angeles), is used to document the admission of patients and their healthy family members as study participants. All biosample data are recorded according to international standards, such as SPREC (Standard PREanalytical Code), and managed in CentraXX. Rheumatology is the first department to join the Hospital for Sick Children as a client and use KAIROS’ IT solution internally. More below…

After importing legacy data from several studies in rheumatology via the integrated CentraXX XML interface and designing several standard reports, a customized system workflow was created for the registration of study patients in an accelerated and quality-controlled process. Templates created in the system can be used to pre-fill fields during data collection (e.g. centrifugation times of samples), which results in saving considerable time for users while avoiding errors that could occur during manual data entry. The core users of the system have been guided by KAIROS for their work with CentraXX through training. The main focus of the training sessions was on best practice sample documentation and the sample search functions in CentraXX. All tubes used in the central biobank that do not already have 2D coding are encoded using CentraXX, stored in the system with at least one unique ID, and finally assigned to a specific storage location (with exact path to the box location). Together with SickKids, reports were designed and deployed, which administrators can use to generate automated inventory lists, identify possible patient duplicates and create accounting forms.

Data Protection in Accordance with All Ethics Commission Guidelines

CentraXX is “multi-client capable” and rights- and role-based, which enables SickKids to create patients of the clinic with clear names and IDs, whereby the laboratory staff receives the patient files, with which they then document all sample-centered points, exclusively in pseudonymized form. The system naturally meets all the requirements of the Ethics Committee. “It is an honor to support one of North America’s largest pediatric institutions in its efforts to better identify and combat childhood diseases,” says Jesse Goering, Head of Business Development and Project Manager at KAIROS. “We are pleased that the hard work we have invested in the development of CentraXX in recent years is now paying off. With CentraXX, we now have an IT solution that can also become as relevant for the American market as it has become for the domestic market in Germany. This is also underpinned by the many constructive discussions we held recently at our stand at the Annual Meeting of the International Society for Biological and Environmental Repositories (ISBER) in Toronto with interested parties from the USA and Canada, which we are currently intensifying.”

“We are very happy about the variety of new functionalities CentraXX offers us. Quality assurance and efficiency are significantly increased for our laboratory processes and our research projects,” says SickKids sponsor Dr. Rae Yeung.

CentraXX is currently used for all IT needs in bio-banking issues at SickKids’ central biobank. Other existing tools, such as CentraXX Study Management (CSM), the Meta Data Repository (K-MDR), the raw data archive (K-RDA) and numerous interfaces to other documentation systems offer the Hospital for Sick Children the possibility of expanding the system into the most holistic research and study platform the future. 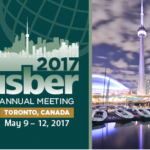